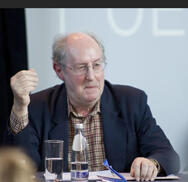 Stephen Scobie (born 31 December 1943) is a Canadian poet, critic, and scholar. Scobie was born in Carnoustie, Scotland, Scobie relocated to Canada in 1965. He earned a PhD from the University of British Columbia in Vancouver after which he taught at the University of Alberta and at the University of Victoria. Scobie is a founding editor of Longspoon Press, an elected member of the Royal Society of Canada, and the recipient of the 1980 Governor General's Award for McAlmon's Chinese Opera (1980) and the 1986 Prix Gabrielle Roy for Canadian Criticism.

George Barlow was an English poet. 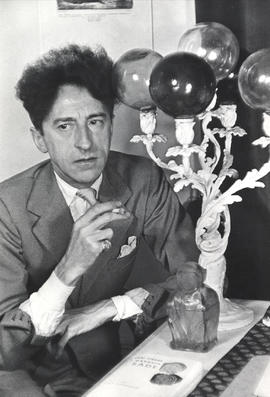 Jean Cocteau, poet, playwright, and film director, born in Maisons-Lafitte, France. He had early success with his poems, which he fully exploited, and figured as the sponsor of Picasso, Stravinsky, Giorgio de Chirico, and the musical group known as Les Six. He was an actor, director, scenario writer, novelist, critic, and artist, all of his work being marked by vivacity and a pyrotechnic brilliance. His best-known works include his novel Les Enfants terribles (1929, Children of the Game), his play Orphée (1926, Orpheus), and his films Le Sang du poète (1932, The Blood of the Poet) and La Belle et la bête (1945, Beauty and the Beast).

Walter Bauer was a German poet and prose writer. He emigrated to Canada in 1952. He died in Toronto. 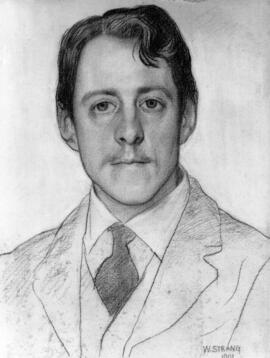 Laurence Binyon was an English writer. 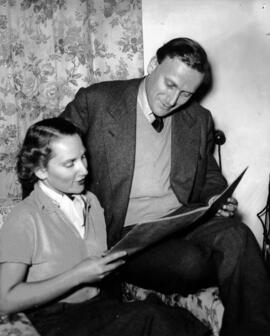 Hephzibah Menuhin Hauser was a pianist, reformer, and feminist, and sister to violinist Yehudi Menuhin. Along with her second husband, Richard Hauser, she established the Centre for Human Rights and Responsibilities.