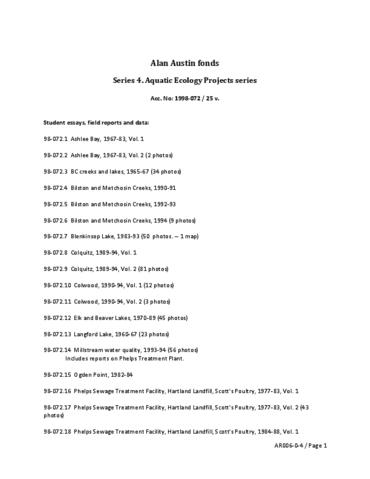 32 v. and other material

Alan Austin deposited acc. 1998-072 materials with the Capital Regional District for binding and transfer to the UVic Archives and Special Collections.