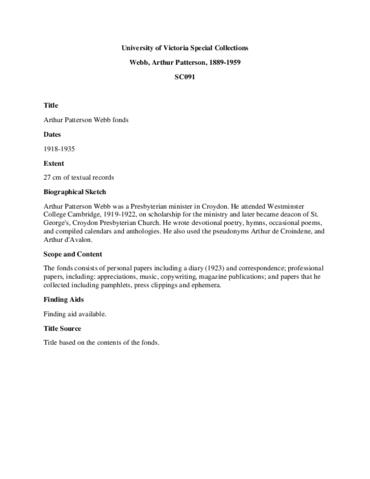 Very little is known of this author or how his collection arrived in Victoria. The box it was contained in had "COLEBECK" written on it, but it also had "Mrs Patterson Cordova Bay Rd." These are the only hints as to its provenance.