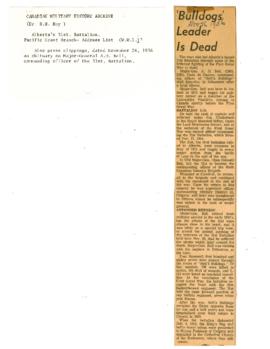 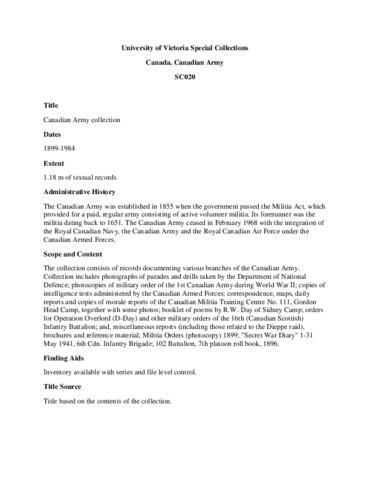 1.18 m of textual records and other materials

The records of the Canadian Army and its various branches were acquired by U. Vic. Special Collections in 1979, 1980, 1982, 1983, 1984 and 1989. They document various military activities in both World Wars and after, including battles, training programmes for officers and enlisted men, drills, parades and intelligence tests, and include textual and photographic records. Much of the information complements that found in other military records at U. Vic., such as the papers of Reginald Herbert Roy, which researchers may also wish to consult.

Further accruals are likely; this inventory will be updated as required.