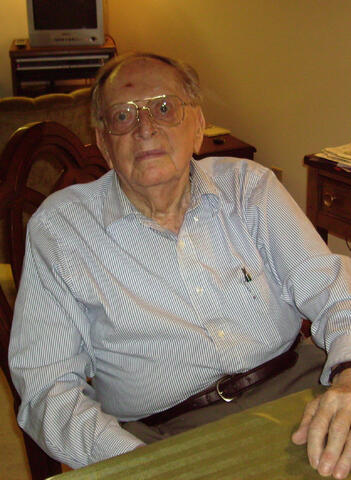 Carl Charles (birth name Karl Chain Feingold) was a Jewish man born on June 10th, 1916 in Prambachkirchen, Upper Austria. His family moved to Vienna around 1919. Carl had physical altercations with some Nazis in 1936, putting his life in danger and causing him to flee to Czechoslovakia before Hitler arrived in Vienna. He had to travel to Bruno and then to Poland before he was able to secure a Visa and go to England. He was able to work in England for a time, but he was later interned. While in the camps, he had the opportunity to join the British Army. His name was Anglicized to Carl Charles when he entered the army in order to add a level of protection against the Nazis.