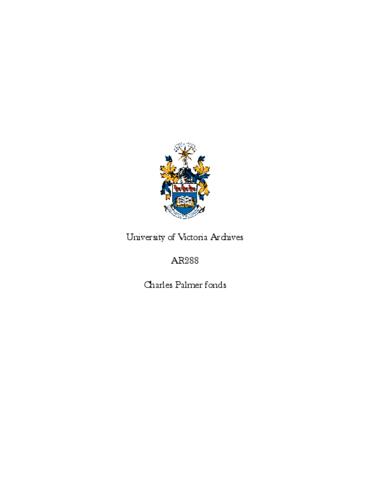 Charles Palmer was born on 24 June 1916 in Southampton, England, and emigrated with his family to Edmonton, Alberta in 1918. Palmer attended the Royal Chapel School at Windsor as a boy chorister (1927-30); Clifton College in Bristol (1930-34) for music performance, theory and composition; and Wadham College, Oxford as an organ scholar (1934-37). On graduation from Oxford, Palmer was appointed organist at the Chapel Royal, Windsor Great Park (1938-39), and continued in composing and performing. After the WW II, he moved to Victoria, BC where he worked as a church musician at Fairfield United Church (1947-52); Metropolitan United Church (1952-56); Song School in the Cloisters at Westminster Abbey (1957-62); St Mary's Oak Bay (1962-83). Palmer resigned in 1983 to devote himself to composing. Palmer died in Victoria 30 March 1997.