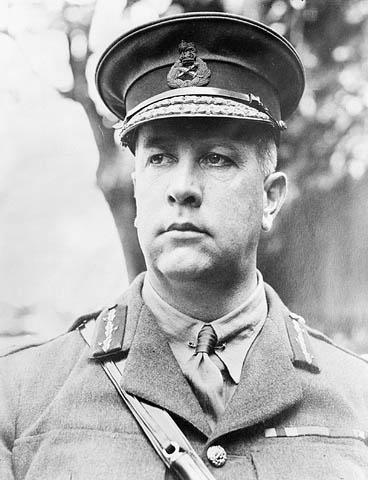 Born on 5 December 1875 near Strathroy, Ontario, and died on 30 November 1933 in Montreal, Quebec. His surname was originally spelled Curry; the spelling was changed in 1887. Currie was the first Canadian appointed Commander of the Canadian troops during the World War, 1914-1918. He had no previous professional military experience but had served in the Canadian militia. He was appointed Commander of the 2nd Canadian Infantry Brigade in 1914, 1st Canadian Division in 1915 and the Canadian Corps in 1917. He participated in Passchendaele and Vimy Ridge, and was knighted by King George V on 12 July 1917. British Prime Minister Lloyd George called him "a brilliant military commander". Currie served as Inspector-General of the militia forces in Canada from 1919-1920, and in August 1920 he was appointed principal and vice-chancellor of McGill University in Montreal, a position he held until his death.