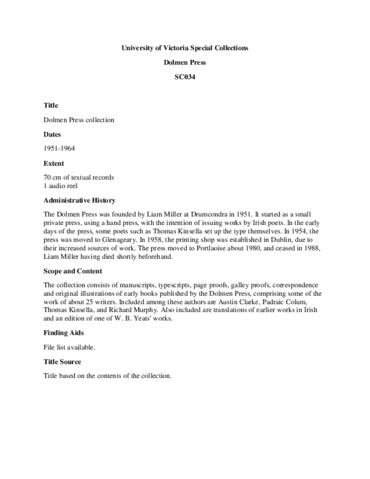 70 cm of textual records and other material

The Dolmen Press was founded by Liam Miller at Drumcondra in 1951. It started as a small private press, using a handpress, with the intention of issuing works by Irish poets. In the early days of the press, some poets such as Thomas Kinsella, set up the type themselves. In 1954, the press was moved to Glenageary. In 1958, the printing shop was established in Dublin, due to their increased sources of work. The press moved to Portlaoise about 1980, and ceased in 1988, Liam Miller having died shortly beforehand.