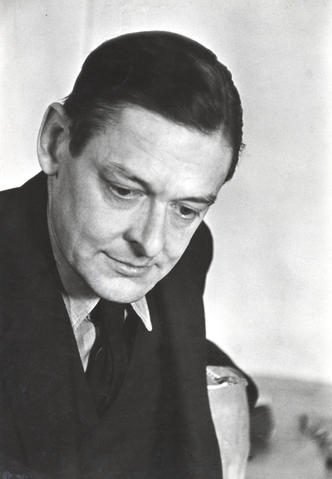 T. S. (Thomas Stearns) Eliot was born in St. Louis, Missouri. He was educated at Smith Academy, Milton Academy and Harvard University and moved to England in 1914. He also studied at the Sorbonne and Oxford University. He was naturalized as a British Subject in 1927. He is generally regarded as one of the central figures in 20th century English Literature. "The Waste Land" (1922) is considered a landmark of modernist poetry. Other poetic works include Prufrock and Other Observations and Four Quartets. In addition to his poetry, he gained renown as a dramatist, critic, and editor. Among his plays are Murder in the Cathedral (1935) and The Cocktail Party (1940). His critical essays on literature have been very influential. He was editor of The Egoist 1917-19, founder and editor of The Criterion 1922-39, and literary editor at Faber and Faber 1925-65. Chief among his many awards was the Nobel Prize for Literature in 1948. Eliot died in London.