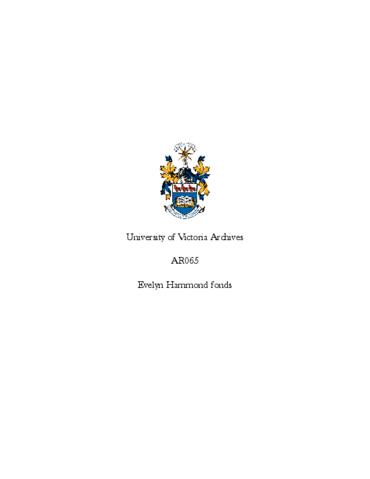 Evelyn Hammond was born and raised in Swift Current, Saskatchewan, and was inspired by her father, who helped the homeless and unemployed when he could. She moved to Victoria in 1973 and became involved in several groups: Together Against Poverty, Vancouver Island Human Rights Association, Status of Women Action Group. She was also a Court Monitor for Victoria court cases involving violence against women and children. Hammond died in 1996.

The fonds was transferred to the Victoria Council of Women after Hammond's death, and then donated to the University of Victoria Archives.