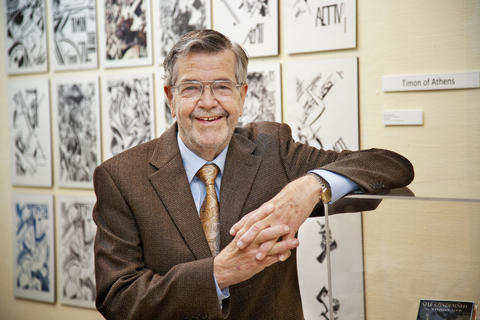 C.J. Fox was born in St. Johns, Nfld. and was educated at St. Francis Xavier University in Nova Scotia, Oxford and Columbia Universities. He began his career in Montreal with the Canadian Press. In the 1950's-1960's, he lived & worked in New York, where he began collecting Wyndham Lewis materials. C. J. Fox was editor, with Walter Michael, of 'Wyndham Lewis on Art' (Thames & Hudson, 1971) and with Robert T. Chapman, of a collection of short fiction by Lewis, 'Unlucky for Pringle' (Vision Press, 1973). He also edited 'Enemy Salvoes (Vision Press, 1975), a selection of Lewis's literary criticism. He is a former editor of the newsletter of the Wyndham Lewis Society and has published articles on David Jones, Karl Kraus and Robinson Jeffers, as well as reviewing for the magazine, 'PN Review'. He worked as a correspondent in London, Paris and Brussels for the Canadian Press news agency and was an editor in London with Reuters until 1994. He later retired to Canada and currently lives in Victoria, B.C.