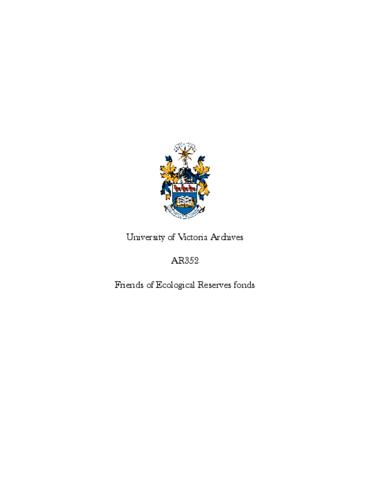 60 cm of textual records and other material

The Friends of Ecological Reserves (F.E.R.) is a non-profit society registered in 1983 by the founder and current president, Lynne Milnes. Its mandate is “to promote the interests of the ecological reserves program in B.C. by raising public awareness.” It raises funds for “research in reserves, education, monitoring the management of reserves [and] leading field trips to existing ecological reserves.” F.E.R. works to establish new ecological reserves. Vicky Husband was president during much of the campaign for a proposed reserve of the Khutzeymateen River and its grizzly bear habitat. F.E.R. publishes a newsletter, The Log.