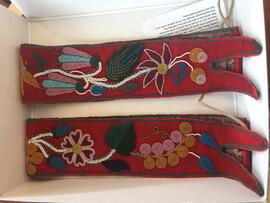 Henry Pering Pellew Crease was born on 20 August 1823 at Ince Castle, Cornwall. His father was a Captain in the Royal Navy. Crease earned a Bachelor of Arts from Clare College, University of Cambridge and a Bachelor of Laws from Middle Temple. In 1849 he was called to the Bar. At this time he moved to Upper Canada to work on a canal project with his family, but returned to England shortly thereafter and began work as a barrister. Following this he managed a tin mine for a short period. In 1858 Crease left for Canada again with his wife Sarah Lindley. After failing to find work in Toronto he moved he moved to Victoria that December. There he was admitted as a barrister in British Columbia and Vancouver Island, and in 1861 James Douglas appointed him Attorney-General. In 1870 he was appointed a judge on the Supreme Court of British Columbia, where he remained until his retirement in 1896, the same year he was knighted. Henry and Sarah had six children, including Susan (1855-1947) and Josephine (1864-1947), both of whom became notable watercolour painters. Crease is buried in Ross Bay Cemetery.

Crease likely acquired the stole in the 1860s while he travelled with Supreme Court Judge Matthew Baillie Begbie on a circuit throughout British Columbia, and it was presumably passed down to several family members. A plate accompanies the stole, which reads: "The stole was presented to the Law Library by Miss Laura Lindley Roff, class of 1984. She told us that it had been presented to her great grandfather, Mr. Justice Crease, when he was on circuit in the interior of the province. Miss Roff told us that she had been told that the Aboriginal people thought the black judicial robes were dull and needed brightening."

The collection consists of a beaded stole. The stole is made of red felt and is embroidered with a bead floral design. Each side measures approximately 60 cm.

Transferred from the Law Library to Special Collections in 2015.

See also the Crease Family fonds at the BC Archives: http://search-bcarchives.royalbcmuseum.bc.ca/crease-family-fonds