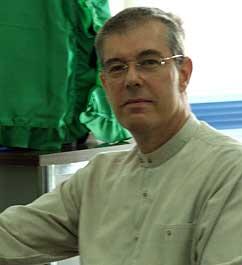 Carl John (C. J.) Hinke was born in New Jersey and was active in the anti-Vietnam war movement until he moved to Canada in the 1960's. He lived in Victoria and Tofino and later moved to Thailand where he teaches in a University. While living in B.C. he was active as a writer, translator (into Latin) , teacher of yoga , collector of books and seller of children's books, in particular "The Wizard of Oz". His book, "Oz in Canada", a bibliography of Canadian issues of the Oz books and other books by L. Frank Baum was published in 1982. He also published a Latin translation of "The Wizard of Oz" entitled "The Classical Wizard: Magus Mirabile in Oz" in 1987. His political activism turned to environmental activism is the 1980's when he became known as "Spike Hinke" for his advocacy of tree spiking.