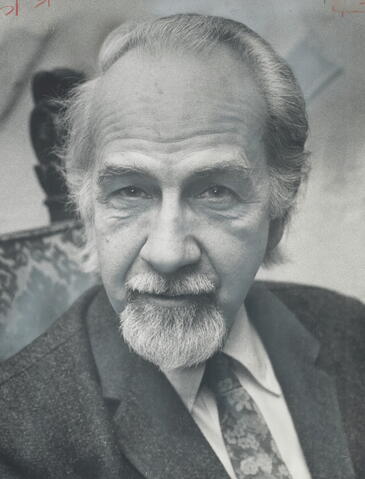 Charles Hofmann was born in Tampa, Florida. and moved to Canada in 1972, where he has lived in Victoria and Toronto. He was a noted writer of piano scores for many silent films including D.W. Griffith's Intolerance. The Canadian Encyclopaedia states that in Toronto Hoffman "called himself an 'instant composer,' since he never played the piano with a score in front of him. He would sit down in front of the screen and improvise the musical commentary. In the 1960s Lapp and in the 1970s Hoffmann began practising their art once more with the showing of silent films in film-clubs, festivals, and schools." As a musicologist, he has lectured and published widely on art history, music history, ethnomusicology, cinema history and literature since 1934. Among his many activities, he was Musical Director of the Film Department of the Museum of Modern Art in New York City. In Ottawa on the National Film Board production of Dreamland. While living in Victoria in the late 1970s, Hofmann hosted regular lectures and screenings of early films. Hofmann wrote many books about American Indian music and Eskimo songs and ceremonies, and also studied the customs of native peoples of Africa, Australia and China.