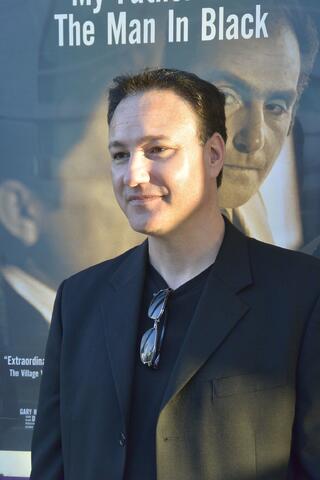 Following high school graduation, Jonathan briefly attended the University of Victoria, but, like his father, was drawn to the entertainment world. He trained as a talent agent at the William Morris Agency in Beverly Hills, was founder and president of the Association of Celebrity Assistants in Los Angeles from 1992 to 1996, worked as a freelance producer with the Canadian Broadcasting Corporation from 1988 to 1996, and was managing partner of the celebrity endorsement recruiter Hollywood-Madison Group from 1993-2005.

Following his father’s death in 2005, Jonathan learned about Saul’s archives from his mother and embarked upon a project to create a documentary to cast light upon his father’s role in music history, and also to come to a better understanding of his father. Jonathan established New Chapter Productions Inc in 2006 to enable the production of My Father and the Man in Black (2012); he wrote, directed and produced what would become and award winning feature documentary. The film tells the story of Saul from his childhood in London to the significant role he played as a Canadian concert promoter and personal manager in the early days of rock and roll. It follows in particular the manager –talent relationship between Saul and Johnny Cash, the tagline of the film being: “Before there was Johnny and June, there was Johnny and Saul.” The film received a number of awards and nominations: