The accrual consists of a mounted b&w photograph of the Thousand Islands and a colour illustration of the Saint Lawrence River taken from the November 3, 1877 issue of the Canadian Illustrated News. 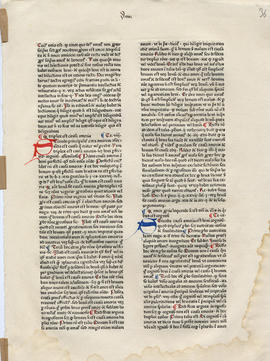 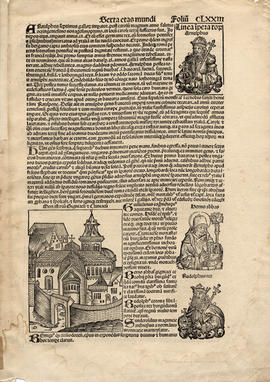 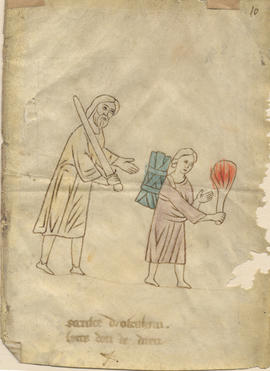 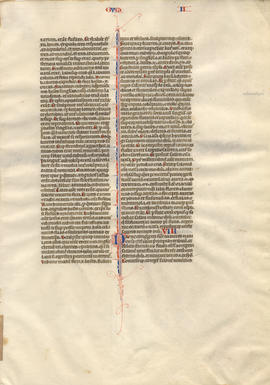 Manuscript fragment, 23 X 32.5 cm, 15th century, leaf from a bible. Includes the following description: 'A leaf from a fifteenth century bible which shows the great skill of the medieval scribe and the feeling for design and proportion in planning the page. The scribe was forbidden to make any alteration in his work while copying it. Later owners or scribes sometimes added their own additions or corrections. These were known as glosses. There is a gloss on the reverse side (or verso) of the folio and another on the face (or recto) about four inches from the bottom on the ride side, a small VIII in faded ink. 2nd Samuel, VII and VIII.'