The fonds consists of four photographs: one at The Calgary Herald and three of military groups, two of which are at the Gordon Head Training Camp; a military map of part of Italy; Richards' Service Pay Book; and various clippings, newspapers, and magazines. 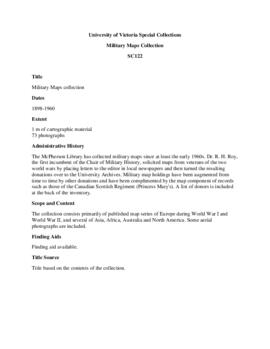