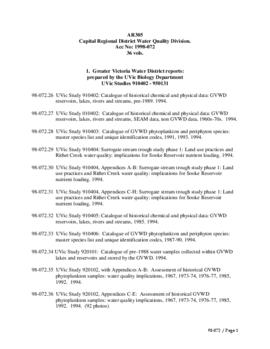 The fonds consists of records documenting Friedmann's interests and activities both on and off the University of Victoria campus. Fonds includes reports, correspondence, minutes of meetings and course outlines for new courses offered in physics (including the co-op program), nursing, and social work, records of Senate and faculty committees, material relating to the resignations of University of Victoria Presidents Bruce Partridge and Malcolm Taylor and the appointment as President of Howard Petch, material relating to the University of Victoria Open Houses, and records (including constitutions, minutes financial records) relating to the Cadboro Bay Ratepayers Association and Community Plan, the Canadian Parents for French, the Vancouver Island Opera Society and the Victoria Symphony Society.