The fonds consists of film reels and videocassettes featuring artists Maxwell Bates, Ricki Ciccimarra, Leon Erickson, Jan and Helga Grove, Elza Mayhew, Myfanwy Pavelic, and Godfrey Stevens. The fonds also includes footage from the 1983 film "Ninstints" about the 1957 removal and preservation of totem poles from Anthony Island in the Queen Charlottes. Fonds also includes materials from Karl Spreitz’s professional and personal life, including a substantial number of records regarding the work and collaborations of fellow Limners and other artists. 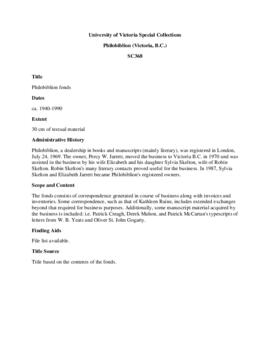 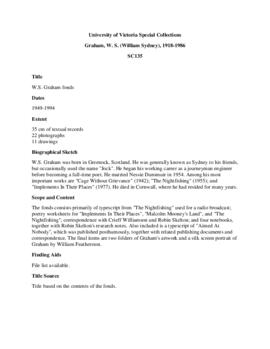 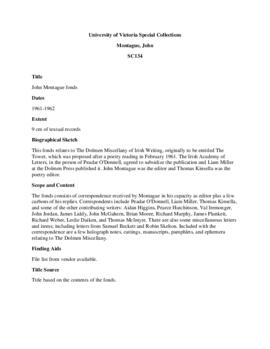 The fonds consists of correspondence received by Montague in his capacity as editor plus a few carbons of his replies. Correspondents include Peadar O'Donnell, Liam Miller, Thomas Kinsella, and some of the other contributing writers: Aidan Higgins, Pearce Hutchinson, Val Iremonger, John Jordan, James Liddy, John McGahern, Brian Moore, Richard Murphy, James Plunkett, Richard Weber, Leslie Daiken, and Thomas McIntyre. There are also some miscellaneous letters and items; including letters from Samuel Beckett and Robin Skelton. Included with the correspondence are a few holograph notes, cuttings, manuscripts, pamphlets, and ephemera relating to The Dolmen Miscellany. 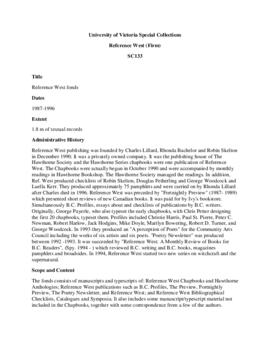 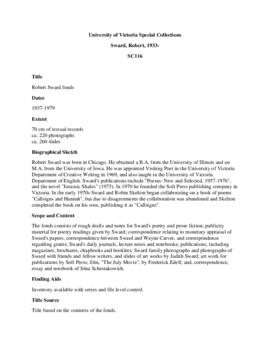 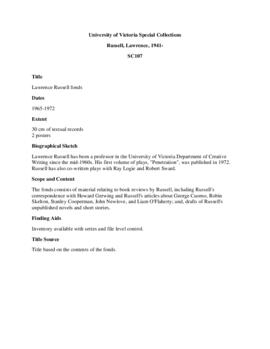