The fonds consists of a 3 pp. hls to John Simpson. 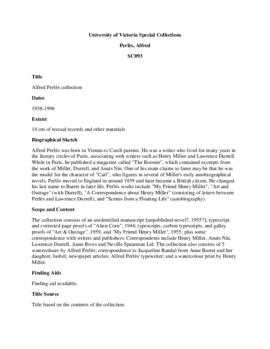 The fonds consists of a 38 leaf 1/4 leather bound volume containing a handwritten translation into English (by F.E.) from a German translation by D.J.O.H. (Helbigius in 1682). The original was written in Arabic. Hand-coloured initial letter at beginning of text, part of text in red ink (leaf 31).