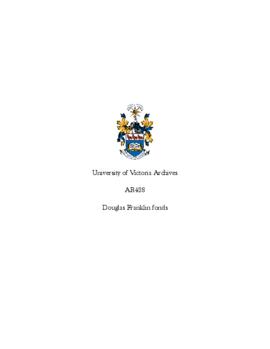 The fonds consists of four letter to Kaellis: two from Bruce Partridge, President; one from Roderick Haig-Brown, Chancellor; and one from Willard Ireland, Chair of the Board of Governors.