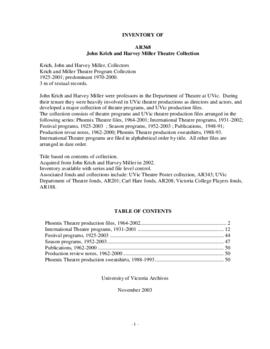 The fonds consists of a report which includes statistics, 1956-62; a summary of activities; and recommendations.