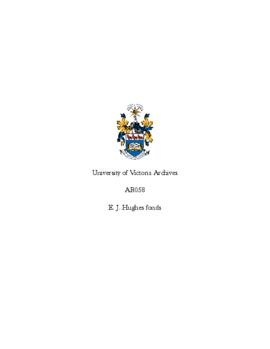 The fonds consists of 52 sets of architectural drawings for residential and commercial buildings in Victoria and on Vancouver Island.