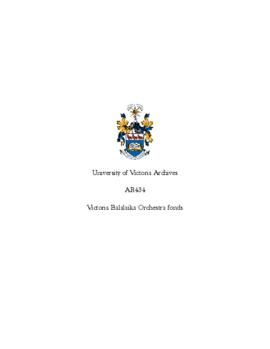 Series consists of ten issues of The BDAA Newsletter (Balalaika and Domra Association of America) spanning from 1994 to 2008. 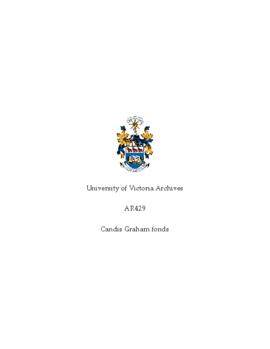 File consists of two portraits of Graham, one is a watercolour and the other is a pen drawing.

File consists of 18 manuscripts written by Graham, and includes several different revisions and edited copies of the different works.

Manuscripts include:
Baby Fingers
Books and Other Friends
Cold Climate
The Facts According to Susan
A Freedom Fighter
The Heavens Cried
Imperfect Moments
Lies at Lunch
Like Her
Moi-Me
Mother
The Saturn in Emily's Soul
Split Pea Soup
Supper
Tea For Thirteen
Threads
When Women were Bold and Men Pretended
With My Little Eye