The fonds consists of correspondence, minutes, copy of the Simpson bequest, and a copy of the final report, December 11, 1974. 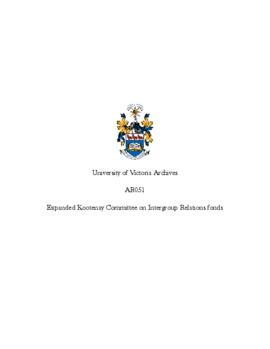