The collection consists of copies of Avio's articles on capital punishment; and photocopies of summaries of capital cases as prepared by the Remissions Services Office (Minister of Justice), which were submitted to Cabinet for consideration of clemency, on advice to the Governor General. 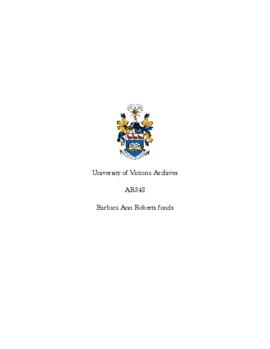 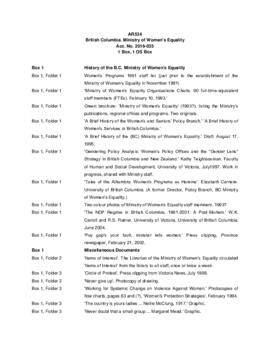 The fonds consists of documents and ephemera from the British Columbia Ministry of Women's Equality. Includes a history of the ministry as well as documents about programs developed by the ministry.

The collection consists of handwritten notes. The paper and ink are late 18th century. Extracts from the "Minet Book of the Chapter of Bristol beginning 1738 Sept 8". 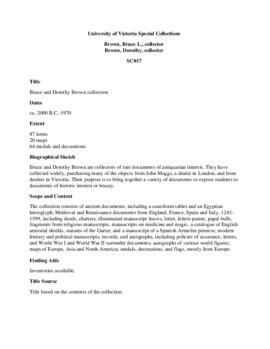