The collection consists of a printed invitation to Auden's birthday party in 1961 plus carbon and Xerox copies of typed letters and holographic notes from Pulitzer Prize administration to Auden listing books sent to him as a member of the Poetry Jury. 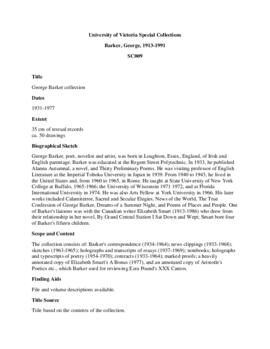