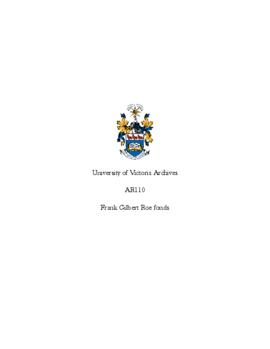 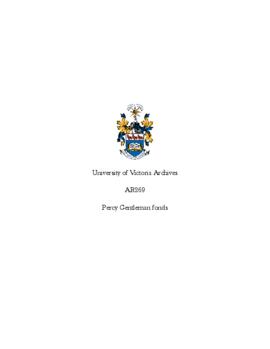 Fonds consists of a scrapbook of samples of children's school work, including drawings, writing, maps, arithmetic and agricultural exercises (1912-1925); 5 paintings; and Christmas concert programmes from Grand Rapids School (1922-1924) and French Bay School (1925-1931). The French Bay programmes include class photographs for two years. The scrapbook contains some loose material and is in poor condition.

The collection consists of a scrapbook of newspaper clippings on the Riel Rebellion, including several maps and political cartoons. Also included are three loose clippings regarding Helen's father,1857; Fish Creek casualties, 1935; and an obituary of her youngest brother, 1954. Most clippings are undated, and the source not noted. The clippings are pasted into a copy of Canada Under the National Policy. The volume is inscribed, "Helen Christie, April 4th 1875."