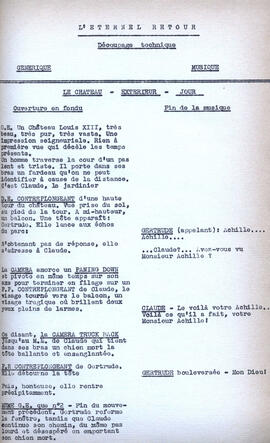 Jean Cocteau, poet, playwright, and film director, born in Maisons-Lafitte, France. He had early success with his poems, which he fully exploited, and figured as the sponsor of Picasso, Stravinsky, Giorgio de Chirico, and the musical group known as Les Six. He was an actor, director, scenario writer, novelist, critic, and artist, all of his work being marked by vivacity and a pyrotechnic brilliance. His best-known works include his novel Les Enfants terribles (1929, Children of the Game), his play OrpheI