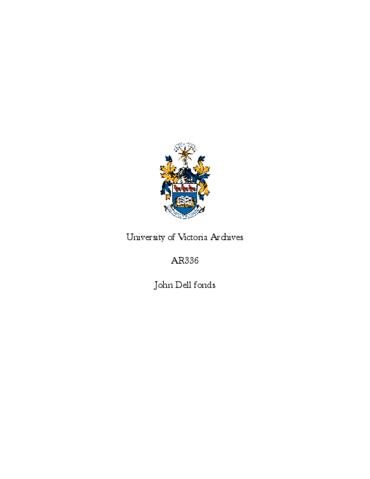 John Dell graduated from Victoria College in 1955, received a BA (1960) and a BLS (1963) from UBC. He joined the UVic Library as a cataloguer, Lansdowne campus 2 July 1963, and moved to McPherson Library in September of 1964. In 1996, Dell became Head of Cataloguing Services. He took early retirement in 1999. Dell was interested in photography and the UVic shield and crest.