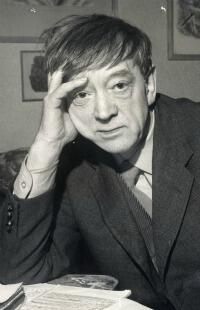 David Michael Jones was an artist and poet of Welsh heritage. He was born in Kent and studied at Camberwell and Westminster Schools of Art and later worked with Eric Gill, both in England and in Wales. His literary works include "In Parenthesis"(1937), "The Anathemata"(1952), "The Sleeping Lord and other fragments"(1974), and "The Dying Gaul and other writings"(1978). He died in London. His manuscripts of "In Parenthesis","The Anathemata" and "The Sleeping Lord" along with his personal library are in The National Library of Wales. His drawings and painting are in various national galleries of art.