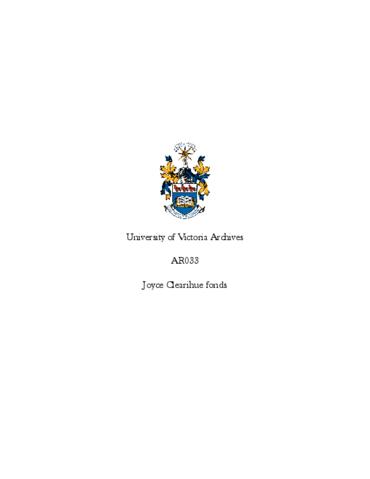 Joyce Golding Clearihue was born in Victoria 10 March 1927 to Joseph Badenoch Clearihue and Irene Mary Golding. In 1943 she graduated from St. Margaret's School, and the following year attended Victoria College. In 1947 she earned a Bachelor of Science from the University of British Columbia, and in 1953 earned a Doctor of Medicine from McGill University. Clearihue never married, and has been a lifelong outdoorswoman and avid hiker. In 2011 she donated 45 ha of land near Charters Creek to the Sea to Sea Regional Park Reserve.