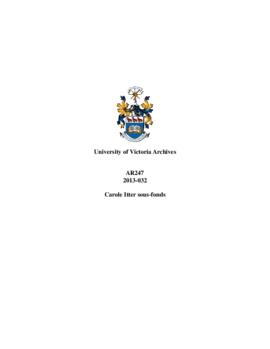 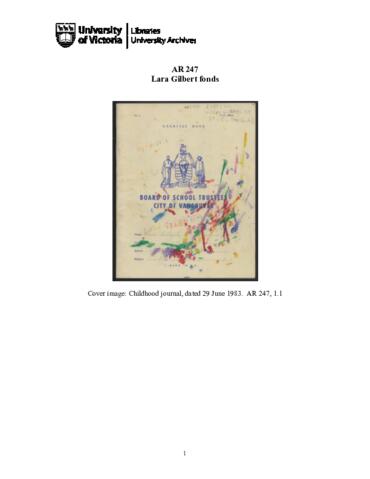 Lara Gilbert (Catherine Grace Lara Lian Gilbert) was born in Burnaby, British Columbia on November 26, 1972 to parents Carole Itter, artist, and Gerry Gilbert, poet. Gilbert grew up in Vancouver’s Strathcona and Downtown Eastside neighbourhoods. During her infancy she lived in a large house with her mother and father, her father's parents, and her father's sister and partner. When she was four years old her parents separated and initially shared custody. When Gilbert was 12 years old, she requested to live with her mother full-time and did so until 1992, her third year of university.

Described as a solitary child, she excelled academically, and earned academic awards at the elementary, secondary and post-secondary levels. She was considered a gifted writer from an early age; she began journal writing at approximately 8 years old, and continued writing until her death at age 22. As a child she invented an imaginary world called Kawiakee, including an encoded language and deity Goshiba, which she would refer to throughout her life.

Gilbert attended Lord Strathcona Elementary School, Brittania High School, and the University of British Columbia (UBC), where she earned an honours degree in biochemistry. Following the completion of undergraduate studies, she applied unsuccessfully to a number of Canadian medical schools. Her research paper, “Diagnosis of Viral Respiratory Tract Infections in Children by Using a Reverse Transcription-PCR Panel”, was published in the Journal of Clinical Microbiology, January 1996.

While continuing with her studies, Gilbert suffered from mental illness due to childhood and adulthood sexual abuse by her father and paternal grandfather. She was diagnosed with depression, post-traumatic stress disorder, and borderline personality disorder. She underwent various treatments including prescription medication, talk therapy, and psychiatric ward admission with electroshock therapy. During her 1993 admission at Vancouver General Hospital, she was sexually assaulted by an orderly. She filed a criminal complaint against VGH, which was ultimately dismissed. On a few occasions, she returned to the Downtown Eastside and experimented with street drugs and prostitution. Following many suicide attempts, Gilbert died from an intentional pharmaceutical drug overdose, October 7, 1995.

Excerpts from Gilbert’s journals were published posthumously in I Might Be Nothing (Trafford Publishing: 2004), edited and with an introduction by Carole Itter.

Fonds consists of records documenting Gilberts thoughts and experiences from childhood to early adulthood. The fonds have been arranged in four series: 1) academic and employment records; 2) correspondence; 3) journals; and 4) unbound prose and poetry.