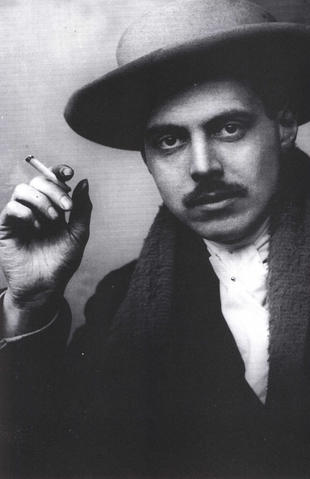 Percy Wyndham Lewis (18 November 1882 – 7 March 1957) was an English painter and author. He was born on a yacht in the Bay of Fundy, Nova Scotia. He studied at the Slade School of Art, London. With Ezra Pound, Lewis founded "Blast" (1914-15), the magazine of Vorticism. His writings include the novel "The Apes of God" (1930), and "The Human Age" (1955-56); literary criticism including "Men Without Art" (1934), and autobiographical books, such as "Blasting and Bombardiering" (1937). His produced works include abstract art, a series of war pictures, and portraits.