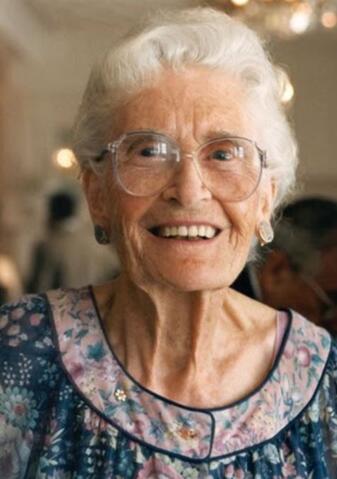 Dorothy Livesay was born in Winnipeg on 12 October 1909. In 1920 she moved with her family to Toronto, where she went to school and later attended the University of Toronto. Her first volume of poetry, The Green Pitcher, was published in 1928. During a visit to France in the 1930's she developed strong socialist convictions, which led to her becoming a social worker and a member of the Young Communist Party after her return to Canada. She also started writing more committed social poems such as "Day and Night" and "The Outrider".

In the late 1930's Livesay married Duncan Macnair and moved to Vancouver, and spent much of the 1940's and 1950's raising her two children, Peter and Marcia, both of whom now live in Victoria. In the late 1950's Dorothy Livesay published "Call My People Home", a long documentary poem about the removal of the Japanese from the West Coast of British Columbia during the Second World War. After her husband died in 1959 Livesay spent some years in Zambia, returning to Canada in the early 1960's. She became an important part of the women's movement in Canada and abroad in the 1960's and 1970's.

Dorothy Livesay won the Governor-General's Award for poetry in 1944 and 1947, the Lorne Pierce Gold Medal and the Royal Society of Canada Medal for Literature, both in 1946, and the Queen's Canada Medal in 1977. She was a founding member of the League of Canadian Poets, Amnesty International (Canada) and the Committee for an Independent Canada, and also started the poetry journal CVII. Her numerous published volumes of poetry include Signpost, Day and Night, Poems for People, Call My People Home, New Poems, Selected Poems, The Unquiet Bed, The Documentaries, Plainsongs, Disasters of the Sun and Feeling the Worlds. Her Collected Poems: The Two Seasons was published in 1972. Livesay has also written many critical articles and reviews, as well as a book of reminiscences, A Winnipeg Childhood, published in 1973.

In addition to her work as a socialist, poet, prose writer and reviewer, Livesay has taught at St. John's College, University of Manitoba; from 1968 to 1971 she taught courses in Canadian literature at the University of Alberta, and in the early 1970's she was Visiting Professor at the University of Victoria. She holds a B.A. and an M.Ed., and received an Honourary Doctor of Letters degree from the University of Waterloo in 1973.

Dorothy Livesay continues to live on the West Coast and remains active in her writing and publishing.