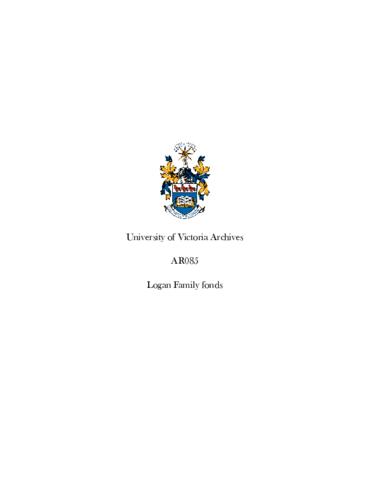 50 cm of textual records and other material

Other family members include the following:

Joseph Brittle Wadsworth (born 1787), who had the following children:

Diaries are restricted. Permission to view must be received in writing from the Logan family.