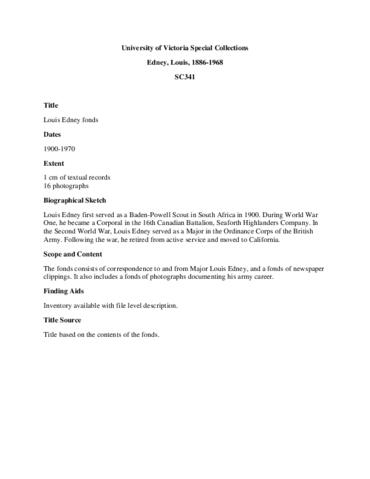 Louis Edney first served as a Baden-Powell Scout in South Africa in 1900. During World War One, he became a Corporal in the 16th Canadian Battalion, Seaforth Highlanders Company. In the Second World War, Louis Edney served as a Major in the Ordnance Corps of the British Army. Following the war he retired from active service and moved to California.