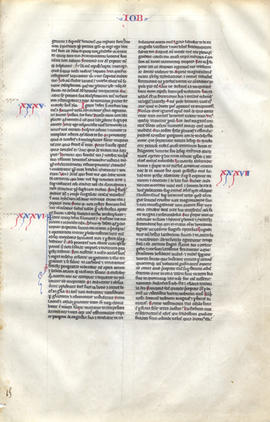 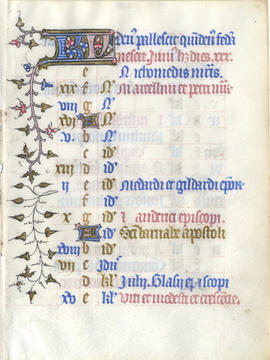 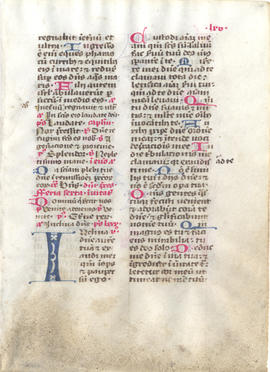 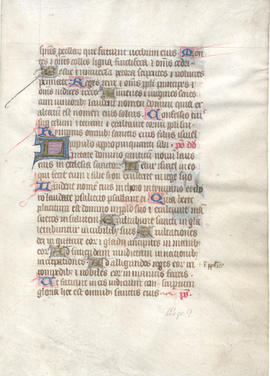 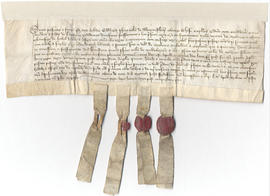 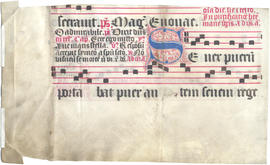 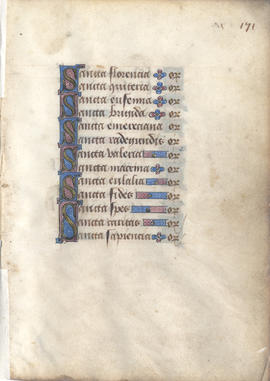 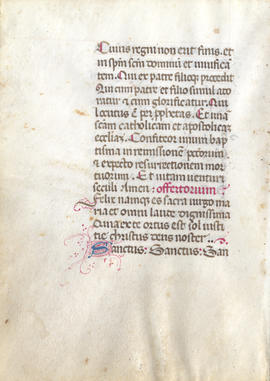 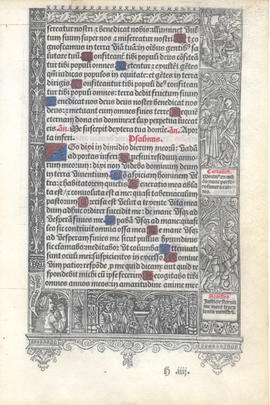 The collection consists of: 1) Four vellum leaves by various calligraphers taken from a Flemish Psalter, two French Book of Hours, and a French Bible. 2) Ten manuscript leaves by various calligraphers in France, England, Italy, and Spain, including leaves from a Bible, a calendar, Missals, a Book of Hours, a charter, a litany from a Book of Hours, a Psalter, and a Breviary. 3) MS of John Lydgate's "Fall of Princes" (ca. 1431-1438). 247 slides were made for a digitizing project, from which 10 CDs have been produced plus a backup set. There is also a CD for the index to the web site. 4) MS of "Bartholomaeus Anglicus" (ca, 1240-1250), consisting of extracts from his encyclopaedia "De Proprietatibus Rerum (On the Properties of Things). 5) Medieval Fragments: 13th Century Collection (ca. 1200-1300), consists of 7 folia fragments from 5 sources most were recovered pastedowns from later books. 6) Manuscrit religeuse. 7) Court record from the beginning of the reign of James I. It passed through private hands. The document is in Latin court hand and notes the transfer of land from Thomas and Robert Whitney to a knight. 8) Handwritten letter to William Paston from Thomas Jermy dated 31 January 1565. The letter has been repaired, with a slight loss of text. Also included are a photocopy of the letter; a typed transcription of the letter, made in 1974 by H.L. Douch (Curator of the Royal Cornwall Institution) and amended at the suggestion of Jean M. Kennedy (City and County Archivist, Norwich), together with comments by Kennedy and Dorothy Sweet; a handwritten transcription of the original, by Douch; handwritten notes and background material by Sweet; two typed, signed letters to Sweet from Kennedy.

Facsimile images for some of the manuscripts are available through UVic Libraries Digital Collections: http://contentdm.library.uvic.ca/cdm/landingpage/collection/collection15