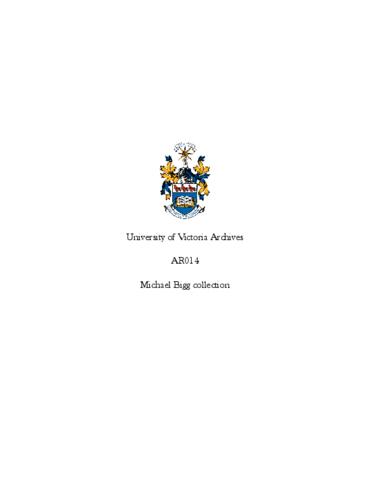 Michael Andrew Bigg was born 22 December 1939 in London, England to Andy and Irene Bigg. He had an older sister, Carol, and a younger sister, Pamela. In 1948 the Bigg family moved to British Columbia, first settling in Wilson’s Landing. Bigg graduated from Cowichan Senior Secondary school and went on to earn his Bachelor’s, Master’s, and Doctorate from the University of British Columbia in 1962, 19xx, and 1972 respectively. Bigg spent his career researching killer whales. In 1971, using fishermen he conducted a survey to help gauge the number of whales in the area. This survey was the first of its kind. Bigg also used photography extensively to help document and enumerate killer whales. Bigg was married to Silke ___, with whom he had two children, Michelle and Colin. He died on 18 October 1990, after having been diagnosed in 1994 with Leukemia.