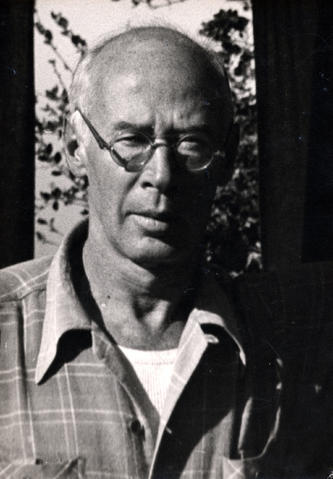 Henry Miller (1891-1980) was born in New York and resided in France and other European cities. Miller was a writer noted for his candid treatment of sex and his espousal of the "natural man". His "Tropic of Cancer" (1934) and "Tropic of Capricorn" (1939) were banned as obscene in the United States until 1961. Other books include the trilogy "The Rosy Crucifixion". Miller was a major influence on the "Beat Generation" of writers.