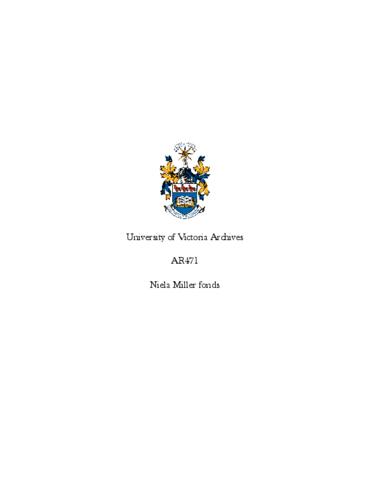 Niela Miller, BA, MS Ed, LCSW, LMHC, is a now-retired humanistic counsellor. She was a social worker through the 1970s before focusing on gender-related issues in the 1980s. She first attended Fantasia Fair, a crossdressing and transsexual conference in Massachusetts, in 1982 and has hosted dozens of workshops at the Fair since that time. Miller founded and operated PeopleSystems Potential in Action, a private counselling, consulting, and training firm. Specializing in Gestalt therapy, Miller worked with many individuals, families, and organizations in offering support and addressing issues surrounding gender identity. By the 1990s, Miller had become known in the transgender community for her empowering workshops and seminars at gender conferences throughout the US. Miller’s book, Counseling in Genderland, was published in 1996 and was cited as the first educational book focussed on gender identity for counsellors.

Donated directly to UVic Archives by Niela Millar in 2012.