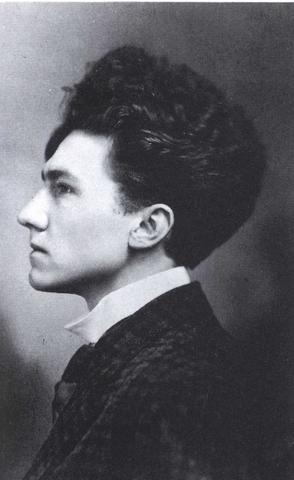 Ezra Loomis Pound was a major twentieth century poet, critic and translator. He was born in Idaho and educated at the University of Pennsylvania. He went to England in 1908, living in London from 1908 to 1920 and became closely acquainted with T. S. Eliot and other intellectuals. In 1920, he left London and settled in Rome. He supported the fascist cause in Italy during World War II. Because of this, he was indicted for treason by the Americans. He was, however, found unfit to plead, and was confined to a mental institution until 1958. In his work, Pound championed the imagist and vorticist movements. His most important works include "Homage to Sextus Propertius", "Hugh Selwyn Mauberley", and the epic "Cantos".