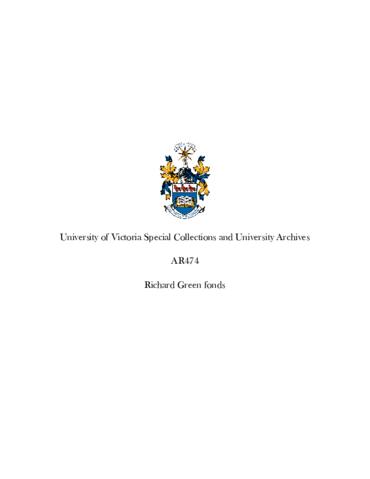 Richard Green was a sexologist, psychiatrist, and lawyer; he specialized in homosexuality and transgenderism, including gender identity disorder in children, and was an advocate for gay, lesbian and transgender rights.

Green was born 6 June 1936 in New York to Rose Ingber and Leo Harry Green. Green held a Bachelor of Arts from Syracuse University (1957), Doctor of Medicine from Johns Hopkins University (1961), completed psychiatry training at the National Institute of Mental Health in Bethesda, Maryland (1964-66), held a fellowship at the Maudsley Hospital in London (1966-67) and obtained a law degree from Yale (1987). At Johns Hopkins Green studied with sexologist and psychologist Dr. John Money (1921-2006) who specialized in gender identity and the biology of gender. Green was the director of the Human Sexuality Program at the State University of New York at Stonybrook, founded and was a long-time editor of the Archives of Sexual Behaviour in 1971, and in 1974 founded and was the first president of the International Academy of Sex Research (IASR). In the 1990s, he was appointed Professor of Psychological Medicine and Research Director of the Gender Identity Clinic at London’s Charing Cross Hospital, and a Senior Research Fellow at the Institute of Criminology at Cambridge.

Upon returning to the United States, Green took a position at the UCLA Department of Psychiatry. In 1969 he co-edited the book Transsexualism and Sex Reassignment with Money. Two years later he founded the journal Archives of Sexual Behaviour. He has written or edited six books, including Sexual Identity Conflict in Children and Adults (1974), Human Sexuality: A Health Practitioner's Text (1979), The “Sissy Boy Syndrome” and the Development of Homosexuality (1987), and Sociolegal Control of Homosexuality: A Multi-Nation Comparison (1997). Green was partly responsible for the 1973 removal of homosexuality from the Diagnostic and Statistical Manual of Mental Disorders (DSM), having advocated for this at the 1973 APA conference. In 1987 Green obtained his Juris Doctor from Yale University; in his law practice he served as co-counsel with the American Civil Liberties Association in the landmark case Curran v. Mount Diablo Council of the Boy Scouts of America, which successfully challenged the Boy Scouts’ refusal of a leadership role to a gay eighteen year old from California. In 1992, Green authored the book Sexual Science and the Law. Green has also taught psychiatry at SUNY Stony Brook and Imperial College London, and law at UCLA and the University of Cambridge. Green lived in London with his partner Melissa Hines, a psychology professor at Cambridge. They had one son, Adam Hines-Green (born 1988). Green died on April 6, 2019, at age 82.

The fonds consists of papers related to Green’s 1969 book Transsexualism and Sex Reassignment, papers from various conferences, material related to 1972 paper “Playroom Toy Preferences,” records related to grants and payments, research material for 1986 paper “Lesbian Mothers and their Children,” collection of literature on effects of pornography and obscenity, and sample interview questions for parents. Also contains other professional papers including grant applications, correspondence, and research material.