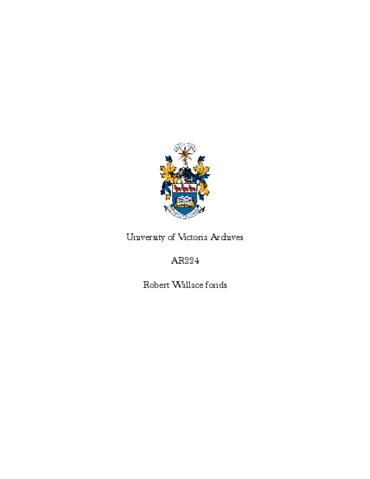 Robert (Bob) Wallace was associated with Victoria College and the University of Victoria off and on for most of his life, as a student 1924-29, as a faculty member 1933-63, in administration 1964-71, and as chancellor 1972-78. He was also involved with Victoria High School as a student and as a teacher, 1929-30 and 1932-33. Wallace won many honorary awards for his work in education and for his work with the UVic Rugby Club. In March 1992, at the Bob Wallace Festival of Rugby, a UVic playing field was named in his honour.