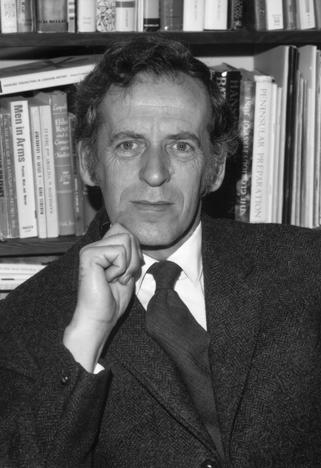 Reginald Herbert Roy was born in Nova Scotia. He has been professor at the University of Victoria Department of History since the 1960s and has published numerous books on military history and various aspects of Canadian history.

Reginald Herbert Roy was born in New Glasgow, Nova Scotia, on 11 December 1922. He joined the ranks of the Cape Breton Highlanders in 1939 and served with the regiment in Britain, Italy, France, Belgium, Holland and Germany. He was commissioned as an officer in 1943 and returned to Canada in 1945. From 1946 to 1951 Roy attended the University of British Columbia, obtaining an Honours B.A. in History in 1950 and an M.A. in History in 1951. After receiving his M.A. he moved to Ottawa, spending two years as a call-out officer at the Historical Section (G.S.), Canadian Army Headquarters, researching and writing the history of the Canadian Army. He worked as an archivist at the Public Archives of Canada, military records section, from 1953 to 1954 and, returning to Victoria, at the Provincial Archives of British Columbia from 1954 to 1958. In 1958 he became an instructor at Royal Roads Military College, Dept. of History and Economics, in Victoria. He taught there for a year and was then appointed History Instructor at Victoria College (later the University of Victoria), becoming Assistant Professor in 1961. In 1965 Roy obtained his Ph.D. in History at the University of Washington; his thesis was entitled, "The British Columbia Dragoons and Its Predecessors". He was subsequently promoted to associate professor of History at U. Vic. and was made full professor in 1970, specializing in military history, defence studies and Canadian history.

In addition to his academic career, Prof. Roy continued his close association with the military. From 1954 to 1958 he served as a captain with the Canadian Scottish Regiment (Princess Mary's), and from 1958 to 1968 commanded the Canadian Officers Training Corps/Regular Officer Training Plan, UBC Contingent, U. Vic. Detachment. After serving in these capacities he was returned to the supplementary reserve of officers. He was promoted to major in October 1963 and awarded the Canada Decoration in December 1963.

Prof. Roy has served on many university committees and offices. He was Associate Dean of the Faculty of Graduate Studies from 1973-74 and Acting Dean from 1974-75. He served as Pro-Tem Chairman of the U. Vic. Social Sciences Research Centre in 1970, appointed Chairman in 1971, and helped oversee the compilation of the Bibliography of British Columbia (3 vols.) until the Centre closed in 1975. He was Faculty Representative to the U. Vic. Alumni Association from 1963 to 1969 and served as Faculty Advisor to the Alumni Association from 1969 to 1984. He has been equally busy outside the U. Vic. community, serving on the Historic Commemorations Sub-Committee of the Canadian Confederation Centennial Committee of British Columbia from 1964 to 1967. He has given numerous lectures and addresses on various aspects of military history at seminars, conferences and universities in Canada, the United States, Australia and South Africa.

Prof. Roy's extensive published works include the books Ready for the Fray: A History of the Canadian Scottish Regiment (Princess Mary's), 1920-1955 (published 1958); Sinews of Steel: A History of the British Columbia Dragoons (1965); The Seaforth Highlanders of Canada (1969); Telegrams of the North-West Campaign, 1885, co-edited with Desmond Morton (1972); For Most Conspicuous Bravery: A Biography of Maj.-Gen. G.R. Pearkes, V.C., Through Two World Wars (1977); and 1944: The Canadians in Normandy (1984). He has written many articles for journals and contributed chapters to the books The Canadian Military: A Profile, New Dimensions in Military History, and War and Society.

Prof. Roy has been awarded numerous grants for his research projects, including Canada Council grants for the Bibliography of British Columbia and University of Victoria grants for his biography of Maj.-Gen. Pearkes. He was elected a Fellow of the Royal Historical Society in 1966, one of many honours he has received in the course of his career.