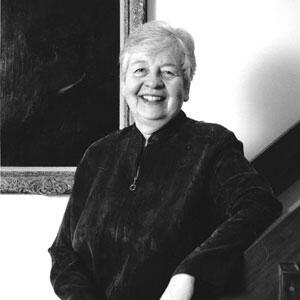 Ann Saddlemyer received her B.A. from the University of Saskatchewan, her M.A. from Queen's University (Kingston, Ontario), and her Ph.D. from Bedford College, University of London. She has received fellowships from the Canada Council and the Guggenheim Foundation, and has lectured at the W.B. Yeats International Summer School in Sligo, the University of Toronto Irish Studies Seminar, and for the Canadian Broadcasting Corporation. In 1965 she collaborated with Robin Skelton on the symposium, The World of W.B. Yeats: Essays in Perspective, which was held at the University of Victoria in honour of Yeats' centenary in February-March of 1965. She and Skelton also contributed their own essays to this symposium and edited the published proceedings.