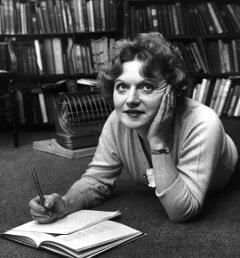 Muriel Spark is a Scottish writer who was born and educated in Edinburgh. Spark lived in South Africa from 1936 to 1944 and later became secretary of the Poetry Society in London (1947-1949), at which time she also began to write literary criticism. She is now best known for her witty, often satirical novels, including "The Comforters" (1957), "Memento Mori" (1959), "The Prime of Miss Jean Brodie" (1961), and "Mandelbaum Gate" (1965).